The Secret Life by Andrew O'Hagan 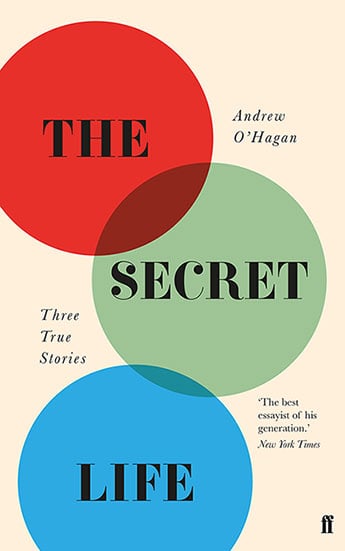 The epigraph to The Secret Life is from a poem by Paul Éluard, a French surrealist poet of the 20th century: ‘There is another world, but it is in this one’.  This brief quote captures the essence of Andrew O’Hagan’s three essays in The Secret Life in which he explores ‘the reality of selfhood in the digital age’.

Two of the essays – the first and last – are concerned with persons well known to the world in very different ways– Julian Assange and Craig Wright [perhaps better known as Satoshi the inventor of Bitcoin].  The middle essay is a rather disturbing description of the creation of a fictional person based simply on a name and date of birth appropriated [or misappropriated] from the headstone of a young man who died quite some years previously.  In each essay, O’Hagan asks the question – what is selfhood and how is it defined?

Each of the essays shares the common idea that in all persons there is a ‘fictional’ person sitting alongside a ‘real’ person.  The ‘fictional’ persons are those presented to the world while the ‘real’ persons are, in some ways, less than their fictional counterparts.  In his Foreword, O’Hagan quotes J G Ballard who says Given that external reality is a fiction, he [man/woman presumably] does not need to invent the fiction as it is already there.

The first essay ‘Ghosting’ concerns Julian Assange and takes place in 2011 – before his seeking asylum in the Ecuador Embassy – after he has sold the rights to his memoir to a publisher.  Andrew O’Hagan is engaged by the publisher to ‘ghost write’ the memoir.  The essay chronicles the author’s developing relationship with Assange and his attempts to obtain material to write the memoir.  The author says in the essay that his instinct was ‘to see how porous the parameters between invention and personality are’.  As the story unfolds, the reader sees just how porous these parameters are.  The ‘private’ Assange – the one his associates and colleagues see – is a demanding and sometimes boring person with little or no ability to read social cues.  His personal habits are unpleasant – which in one sense is neither here nor there but is relevant in the essay as it describes the gulf between the private Assange and the public Assange – the founder of Wikileaks.  The private Assange promises material for the memoir and later reneges; the private Assange was inflicted with self-regard and truth-manipulation.  All this stands in opposition to the ‘public’ Assange who hacked into the Pentagon, the US Department of Defense and other major organisations from age 16 and later founded [with others] Wikileaks which has released in excess of 10 million documents considered classified or secret.

The second essay ‘The Invention of Ronald Pinn’ explores the questions of what is it like to live a second life; what is it to use another person’s identity; and does anyone own ‘identity’ in the first place?

These questions are put to the test when the author comes across the grave of Ronald Pinn who died at age 20 on 23 January 1964.  Some basic facts about Pinn are discovered but the author can find only one image of Pinn in the public domain.  From this, the author creates a virtual life for Pinn which initially requires only a birth and death certificate – which are surprisingly easy to obtain.  These documents allow a virtual person to be established in the public domain – with a Facebook page, a fake university degree, a Gmail account, an account on Craigslist, and so on.  As a precursor to the following essay, the virtual Pinn buys Bitcoins.

Having shown that a virtual life can be created, the author attempts to eradicate the fake Pinn.  This is harder to do than he thought as he discovers that some virtual traces cannot be eradicated.  Consequently, the world now has two Ronald Pinns – one who died in 1964 and one exists only in the virtual world.  The critical question what implications may flow from this is not addressed nor are any of the moral and legal issues.

The third essay The Satoshi Affair concerns an Australian – Craig Smith – who may or may not be Satoshi Nakamoto the creator of Bitcoin.  Andrew O’Hagan is asked to write the life of Satoshi and thus reveal his real identity.  Apparently, Satoshi’s identity was ‘one of the great mysteries of the internet’.  The essay then describes the introduction of the author to Wright who was believed to be Satoshi.  As in the first essay, there is a game of cat and mouse where the author is attempting to write a story without full cooperation of and disclosure by the subject.  In the end, there is no disclosure and no published life.

In each of these essays, the author figures greatly.  He is as much part of the stories as are the subjects – Assange, Pinn and Wright.  However, in each case, he does not fully succeed in telling the true story of the subject.  There is too much dissembling by the subjects – providing information, withdrawing it, denying it was ever given.  Ultimately, the author and the reader are left dissatisfied.

The Secret Life is best summed up by saying some people really aren’t anyone.

Andrew O’Hagan is a serious chronicler of contemporary Britain.  He also writes novels and has been nominated twice for the Man Booker Prize – for Be Near Me and The Illuminations: A Novel.

PrevPreviousBecoming Wise: An Inquiry into the Mystery and Art of Living by Krista Tippett
NextVoid: the Strange Physics of Nothing by James Owen WeatherallNext
Scroll to Top