The Lebs by Michael Mohammed Ahmad 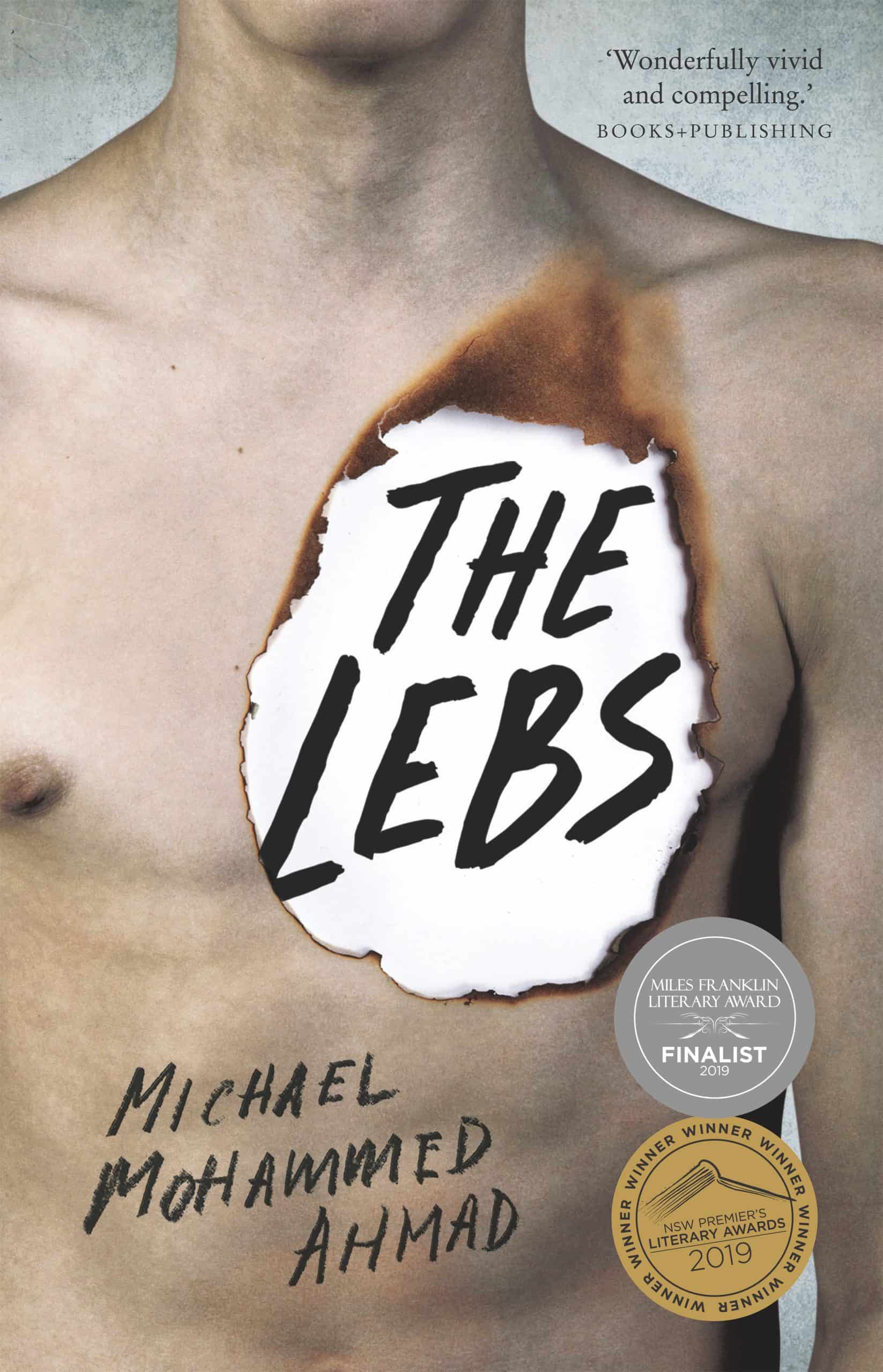 In 2000, Australia was outraged by a number of rapes in Sydney perpetrated by young members of the Lebanese community.  The perpetrators were later convicted and sentenced to lengthy terms in prison.  There were consequent changes to the sentencing laws in New South Wales.

On 11 September 2001, two planes were flown into the World Trade Centre in New York and over 3000 people died.  The planes had been hijacked and flown by Islamic extremists.

These two events are referred to in The Lebs – a novel largely set in the Western Sydney Punchbowl Boys High School at the end of the twentieth century.  Lebanese students at the school refer from time to time to the trials of the men and boys charged with the rapes and express their concern that the ringleader would be found guilty.  Similarly, there are references to 9/11 and descriptions of the boys’ anger when the school flag is flown at half-mast.

The Lebs is narrated by Bani Adam – a student at Punchbowl Boys High School – who is a misfit among the predominantly Lebanese student body.  Bani is also Lebanese but, in his own words, ‘thinks he is better than the others’.  Bani is 15 years old and is struggling to find his place in a school where hyper-masculinity is de rigueur.  In contrast to the overwhelming sexist attitudes of most of his fellow students, Bani memorises the last sentences of classic English novels to recite to his English teacher with whom he is infatuated.  Erroneously but touchingly, he believes the teacher’s suggestion that he read the Nabokov book Lolita is a subliminal message of love to him.

While Bani continues in his infatuation, the other students are more concerned with finding young Australian women from whom they can receive sexual favours.  These young women are disparagingly referred to as ‘lowies’ – that is, they are low enough to go with the Lebs.  It is culturally inappropriate for these young men to seek sexual favours from Muslim women – they are for marriage only.

There is little room for sensitivity at Punchbowl High as Bani knows from experience as he resists the pull towards drug use, opportunistic sexual adventures and violence.  After leaving school, Bani further distances himself from his fellow past students and takes up boxing as a protection against them.  When later confronted by one of them who subsequently backs down, Bani joyfully proclaims that he is ‘free at last’.

In his desire to associate with ‘a different race and class of people than Lebs’, Bani enrols in a community arts course but finds ultimately that he cannot escape his culture or his history.  He discovers that, while he has tried hard to be ‘White’, the other members of the course want nothing more from him than to be ‘a dirty Arab’.  In one exercise, he was forced – distressingly for him – to read aloud anti-Muslim graffiti.

Ultimately, Bani realises that he cannot escape his culture but can only hope that he will be accepted as he is – a ‘Leb’.

Bani may be the alter ego of the author who claims a ‘moral responsibility as a writer to speak [his] version of the truth regardless of the consequences’.  The consequences could well be the perception readers will have of Lebanese youth and in particular male youth after reading this novel.  By fictionalising his own experiences, the author cleverly distances himself from the behaviours and attitudes described at length in the book.  The author is steeped in identity politics which at its simplest can be defined as ‘political arguments that focus upon the interest and perspectives of groups with which people identify’.  Identity politics also claims an authority arising from the lived experience.  In this case, it means that only a Lebanese teenager can know what it is like to be a Lebanese teenager.

The cultural context in which this book is set is a challenging one to enter even vicariously by means of the book.  While the book is fast-paced and the author has a keen ear for the language and rhythms of adolescent dialogue, the underlying attitudes of the Lebanese boys to education and women – and even at times to each other – are confronting and challenging.  To this reviewer at least, the book seems only to present a snapshot of a particular time in Australia when Australians were grappling with complex issues of religion and the refugee crisis – and the spectre of terrorism.

Michael Mohammad Ahmad is an Arab-Australian writer and community arts worker.  He is the founder and a director of Sweatshop which is a literary movement in Western Sydney devoted to empowering culturally and linguistically diverse artists.  He has written essays and short stories and his debut novel The Tribe received the 2015 Sydney Morning Herald Best Young Australian Novelists of the Year Award.  The Tribe – set four years before the Lebs – introduces Bani and his extended family.