An Interview with Jack Heath – author of Kill Your Brother 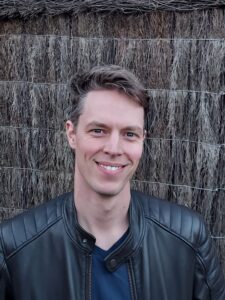 Jack Heath is the award-winning author of more than thirty thrillers for children and adults. He was born in Sydney in 1986 and has lived in Canberra since 1996. He wrote his first novel in high school and sold it to a publisher at age 18. In 2018 his first crime novel for adults, Hangman, was a smash-hit in Australia and has since been translated into French, German, Russian and Serbian. It was voted one of the 101 best books of all time by Dymocks Booklovers, and TV rights were optioned by Disney.

For me, your new book Kill Your Brother has as its starting point the either/or fallacy.  Elise is faced with an impossible choice – kill your brother or you will both be killed.  But she doesn’t accept that and shows considerable strength and resilience in looking for an alternative.  Was the character of Elise drawn from any person or persons in real life?

I think characters – people, too – are only revealed when they face difficult decisions. At first, Elise has to choose between family loyalty and her own survival, which is hard. Later, she must choose between family loyalty and her own sense of right and wrong, which is in some ways even tougher. I’ve never had to make a choice like that, which means I don’t know if I have the strength of character Elise has. Probably not. But her love of running, the way the rest of the world disappears when her feet are pounding the dirt – that’s all me.

There are three key characters in the book – Elise, Stephanie and Callum.  The two women – in their own individual ways – are both strong and resourceful while Callum appears weak and too ready to accept his fate [even though he is terrified by it].  His childhood seems to be one where he was protected and rescued when things went wrong.  Are the two linked and did one create the other?

Actually, this part does come from me. I think there were plenty of times in my youth where I was too sheltered. I learned to rely on other people rather than develop any resilience, or confidence in my own ability. I think psychologists call that ‘learned helplessness’. Maybe Callum is an exaggeration of my worst qualities and Elise is an exaggeration of my best? Either way, I don’t know the answer to the chicken and egg riddle. Maybe Callum is weak because he was always protected, maybe he was always protected because he’s weak.

I didn’t set out to write a book where all the women are good and all the men are bad, by the way. It’s just the way the plot shook out.

It is very interesting and effective how you have gradually revealed the backstories of Elise and Callum.  Good examples are the background to Elise’s disgrace and the real connection between Callum and Moon.  Do these backstories exist when you start to write or do they emerge and grow as the characters move through the narrative?

I don’t know how to write mysterious-sounding dialogue – all I know how to do is give each character an agenda and have them pursue it, overtly or covertly. This only works if I figure out what their secrets are before I start writing. I knew what Callum and Elise had done when I first pitched the novel way back in 2016, long before I started the first draft.

As well as writing adult crime books, you also write award-winning books for children.  Is it challenging for you to move from one genre to another?

It’s almost identical. Kids love action, and suspense, and big twists, the same way adults do. Adult vocabulary is a bit more fun, and kids are willing to suspend their disbelief a little further, but other than that, my job feels the same no matter who I’m writing for.

You have written three books featuring Timothy Blake, and, at the end of the most recent one Hideout, there is a hint that more is to come when Timothy is asked if he would like to work for the CIA.  Are you planning another book with Timothy and will the title also begin with ‘H’?

I’ve almost finished Timothy’s fourth adventure, tentatively entitled Headcase. He’s a wonderful character to write about — he has a way of making the story itself as utterly mad as he is. I may never discover another character quite like him. But I think this will be his last book – I want him to go out with a bang, before the readers lose interest.

When you are not writing or planning your next book, what books do you like to read and what are you reading now?

A bit of everything. Right now, I’m reading Havana Bay by Martin Cruz Smith, whose prose always shines. I recently finished Ancillary Sword by Ann Leckie, and I’m envious not only of her ability to make whole worlds, but also the way she can create a sense of unease in the build-up to every action scene without spoiling the scene itself. Next on my pile is Wild Dogs by Michael Trant – I know from the advance proof that the first hundred pages are fast-paced and gritty, so I can’t wait to read the final version.

My thanks and appreciation to Jack for the opportunity to ask him these questions and for his responses.

To read the full review of Kill Your Brother, click here.